The design incorporates a South African share certificate once owned by Sir Henry Rider Haggard, the author of King Solomon’s Mines and She, and one of the founders of the ‘Lost World’ literary genre. Indiana Jones is said to be based on his character Allan Quatermain. Rider Haggard’s books inspired the ‘Lost World’ of South Africa’s Sun City, a fantastical and romanticised theme park, which includes ancient African ruins, actors playing natives in fake villages, and many giant stone elephants. This highly profitable tourist attraction was created during the apartheid years as an illusion for whites, a fantasy Africa. It is now equally popular with black and African tourists.

This certificate is part of the history of the Scramble for Africa, demonstrating another aspect of our desire to believe in dream worlds, in this case the promise of future riches. Sun City and the African Land Investment Company are both searches for profit wrapped up in an African dream. 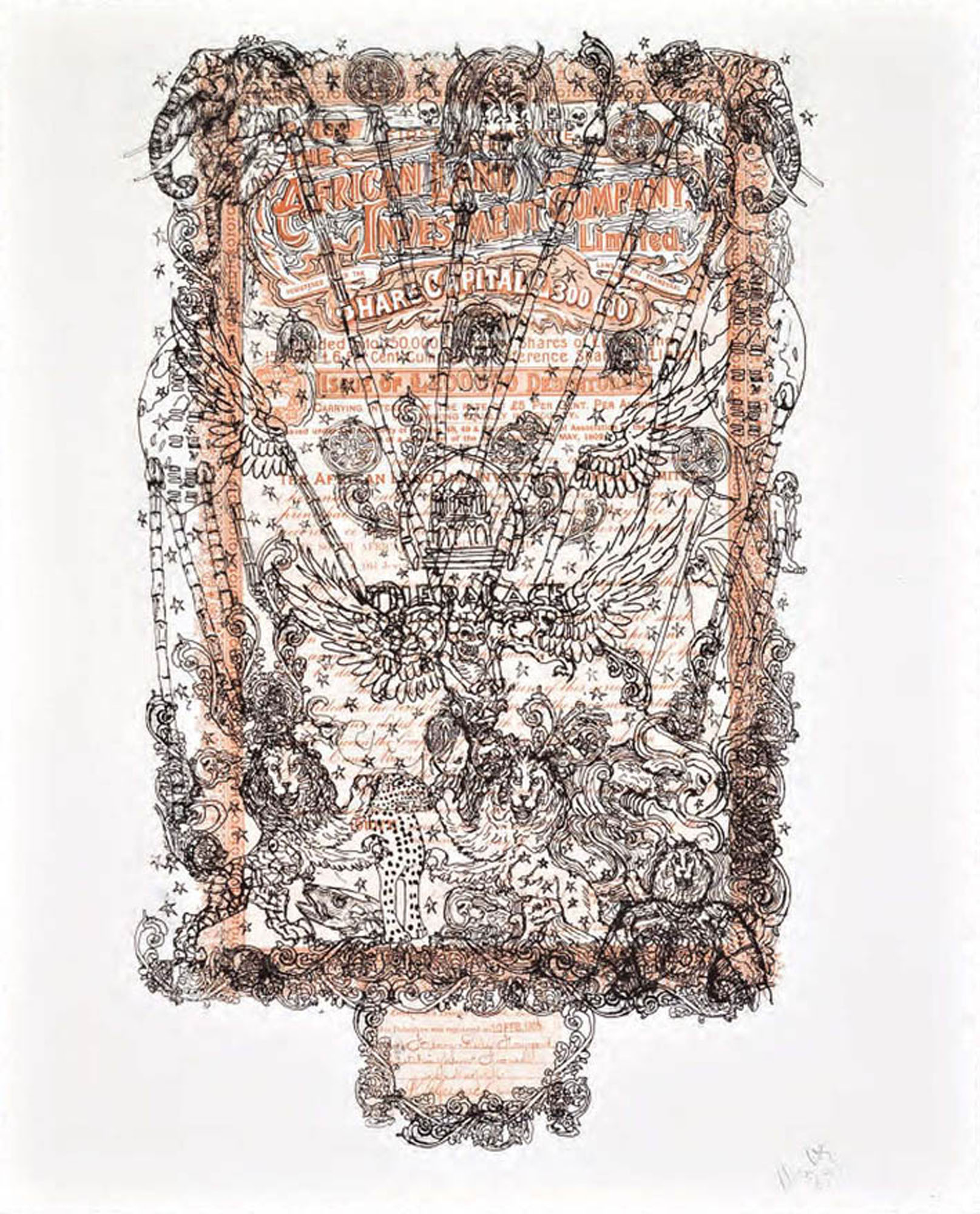